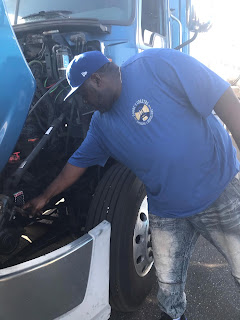 Mr. Whitmire was born in Laurens, SC. Mr. Whitmire played football, baseball, and basketball. He graduated from Berea High School. He then went to prison for 15 months. After he served his time, he came home and started working loose end jobs, Mr. Whitmire stated “once you get that record you take what you can get. I started working at a temp service”. He went from job to job for a few years.
Mr. Whitmire then went back to school at ITT Tech, but it was not a good fit for him. Wanting a job change, he begun to work for Pepsi of Greenville. At Pepsi he gained some driving experience. After leaving there he went to work for his father in law at a restaurant he owned called Rotellies and worked as a manager for a few years. After that, he started working for a towing service which was a sub-contractor job for AAA service where he continued to work for a few years.
Mr. Whitmire eventually gained a lot of experience and started his own roadside assistance business in which he still operates.  “I do lock out, tire changes, and fuel.” Mr. Whitmire explained. "I wanted to change things up, so I went to SC Works, I picked a school and here I am, a week from graduation”.
“CDL training, even though you have a bad background, was a good idea for me. CDL drivers are in demand. No other road gets you anywhere, so I chose to come here. The only thing I have completed in my life was a prison sentence, I am not giving up. No matter the odds. My brother just got his CDL from here about a year ago and he has a background, and he is working. “
Mr. Bailey stated, "he [Mr. Whitmire] is a pleasure to be around. He has a wonderful attitude, great outlook toward trucking and life in general. He is always smiling, he always has kind words, and is willing to put in hard work daily. At the Academy, a lot of people end up with a nickname and his has become “sports fan” due to him wearing a different piece of sports memorabilia daily. I have not seen the same hat, jersey, or shirt twice. He is one of those students that I really hope keeps in contact with us after graduation. His whole demeanor is so uplifting."
**When this interview was initially completed, Mr. Whitmire was a week out from his last day. We are happy to report, he finished the program yesterday and will graduate with a grade point average in the mid 90’s on Monday. SBL Driving Academy is very proud of Mr. Whitmire for completing his program.**
Posted by SBLTruckDrivingAcademy at 10:32 AM No comments: 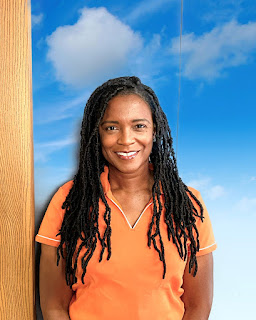 Ms. Carson is originally from Greer, SC. Ms. Carson went to Winthrop University and Duke University. She received a bachelor’s in communication. Ms. Carson then went back to Duke University and earned her certificate in management of non-profits. She then went to work with the American Red Cross (6 Years) and the American Heart Association (3 years). She worked about 145 schools for the American Heart Association, where she was a Youth Market Director.
Ms. Carson went to Delta Airlines where she was a flight attendant for 3 years. After COVID hit the United States, she had to re-think her career. She decided to get her CDL since the airline industry took a major hit. Ms. Carson likes to hike and read in her free time, along with a whole lot of Netflix. She enjoys spending time with her friends and family. She still loves to travel, which aligns with trucking as well.
Mr. Bailey stated that “Ms. Carson is one of the most articulate students we have had so far. She worked very hard while she was here and never complained. Which ever trucking company hires her is getting a great asset and a hard worker.” Our compliance manager, Mr. Davison, commented that “Ms. Carson astute, well-spoken, dedicated, and very professional.”
She is a recent graduate of the Entry Level Driver Training program and graduated with an average of over 90%. We wish her the best of luck in her truck driving career!
Posted by SBLTruckDrivingAcademy at 1:09 PM No comments: